Is my favorite type of work out! Also Body-balace, try it if you haven’t, it gives you long sleek muscles and makes you flexible. 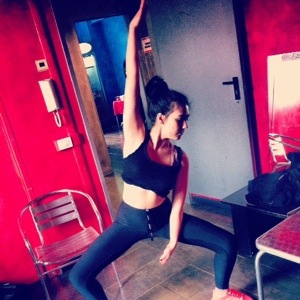 Work out with the guys! As usual we arrived and I woke up at 1. After breakfast me and some of the guys did some work out, it’s important and it makes your performance

ability on stage a lot better;) See you tonight at Liveclub outside Milano! 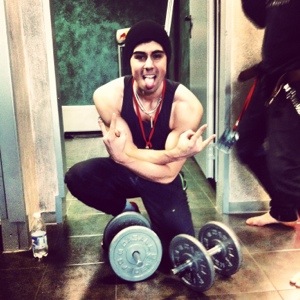 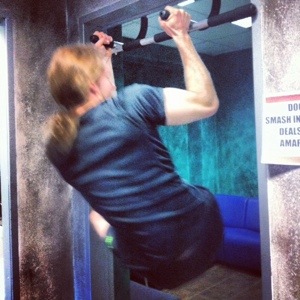 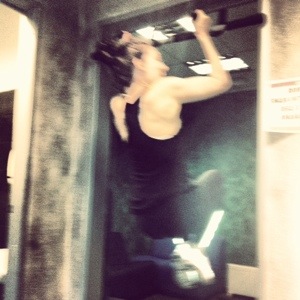 Z7 Pratteln, Switzerland today! We are feeling great! We had a travel day yesterday and some time to rest. This place is ledgendary, I played here for the first time in 2010 with Kamelot. 🙂 They have really old photos on the wall here, for example this 10 year old pictures of Lacuna coil, and a 9 year old picture of Simone Simons, so cool! 😀 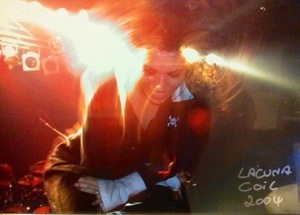 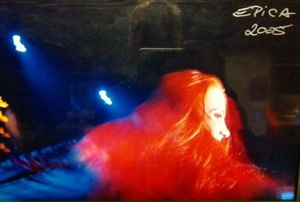 7:th show on the tour! 14 to go…
We are playing the 7:th show today, 3:rd show in Spain. It’s been going great so far! Thank you all for supporting and spreading your love and energy to us! Took a picture of the adorable welcoming team, you guys rocked! See u soon! 🙂 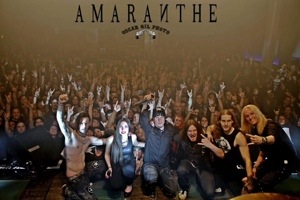 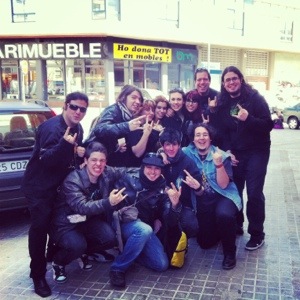 So we just arrived at Sala Arena in Madrid. Today we have lots of interviews and a photo shoot before the show.

We played in the same venue almost exactly one year ago. Both me and Johan are exited to be back so soon! ;D 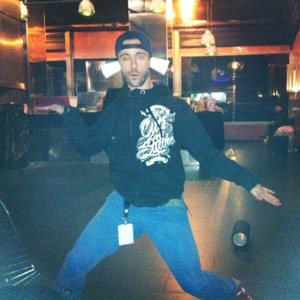 Amaranthe arrived in Bilbao late yesterday. Everybody went out on a dinner, extremely good food and Spanish wine. After the dinner we visited three different rock bars! 🙂 We are all loaded with lots of positive energy and ready to rock Club Rockstar tonight. 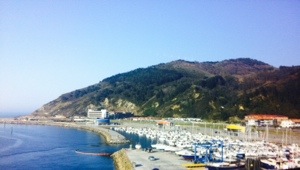 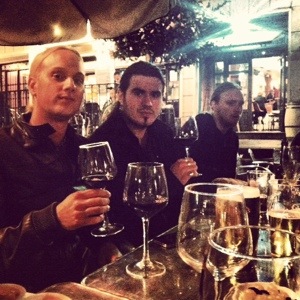 I received this cute Teddy bear

from Christian yesterday! Thank you! 🙂 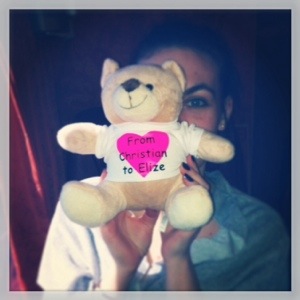 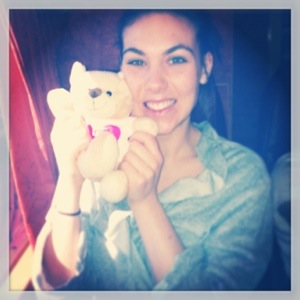 Thank you Bochum and Cologne for two amazing evenings in Germany! :)) Amazing weather yesterday, I was sitting in the bus enjoying the sun. I also met Honken, my life savior;) Now we are on our way to Spain in the bus. It looks like 20 degrees outside so I hope we at least can get 20 minutes break in the sun. We’ve driven 12 h now, 20 more to go… 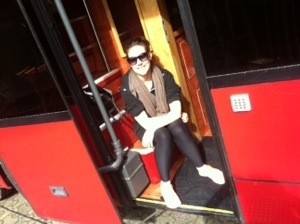 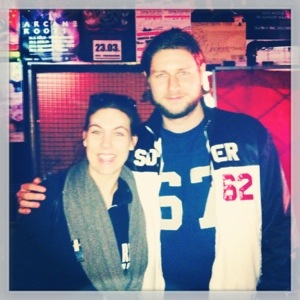 We have entered Bochum! Breakfast was really good! I took a shower, feels awesome after 9 h on the train and then 17 hours on the tour bus. 🙂 Now I’m going to answer an interview and then I guess it’s time for sound check! 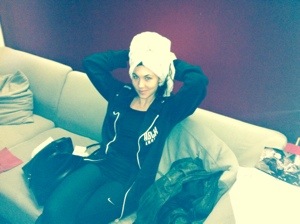 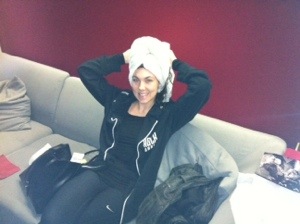 So, time to leave Sweden. After a wonderful weekend in Ängelholm it’s now time for me to travel to Hamburg and meet up with Amaranthe, Red Car and Deals Death. Buy buy! 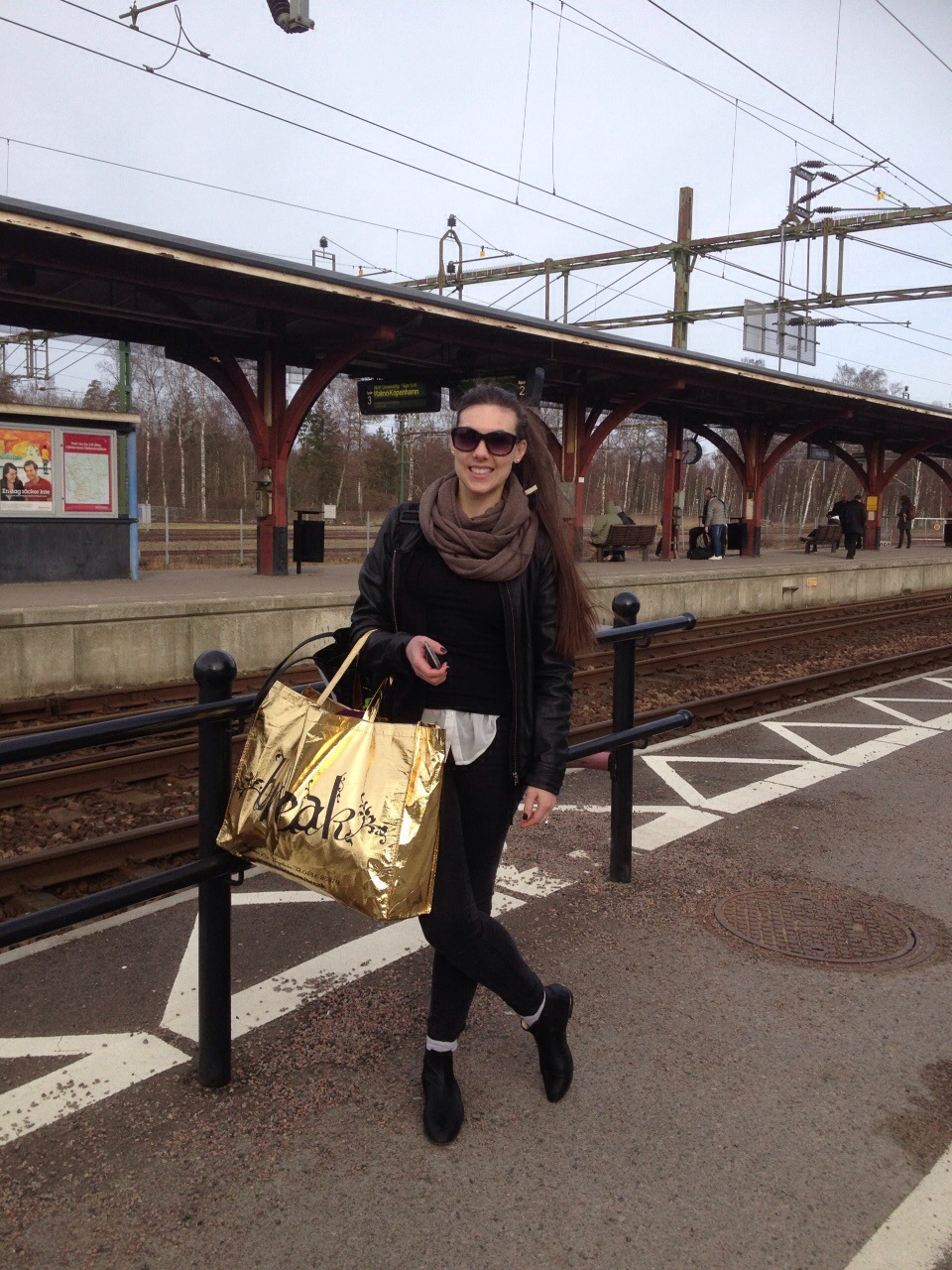 Wonderful evening at Ekebo yesterday! Thank you all for coming and thank you for being who you 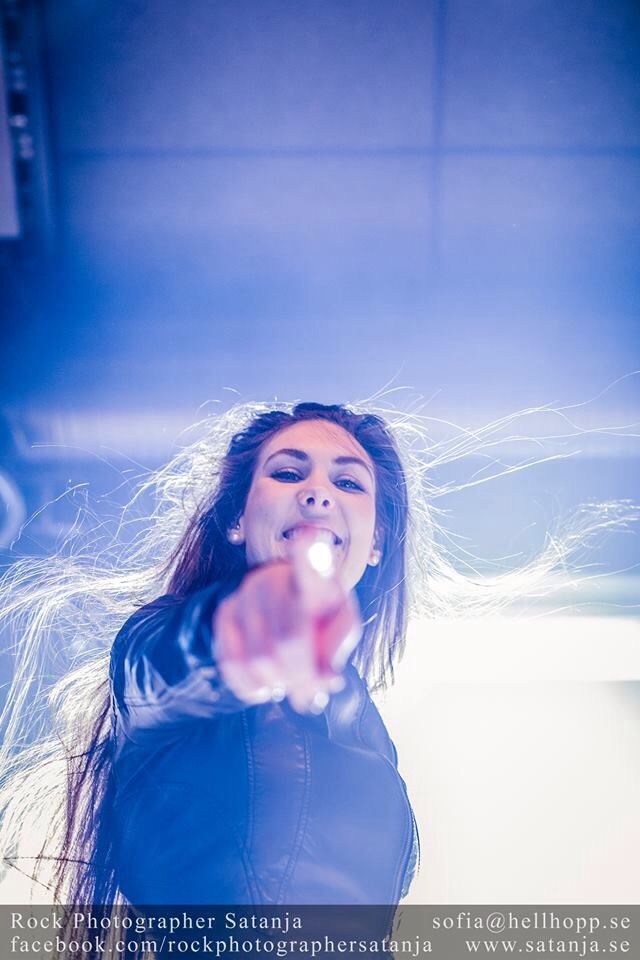 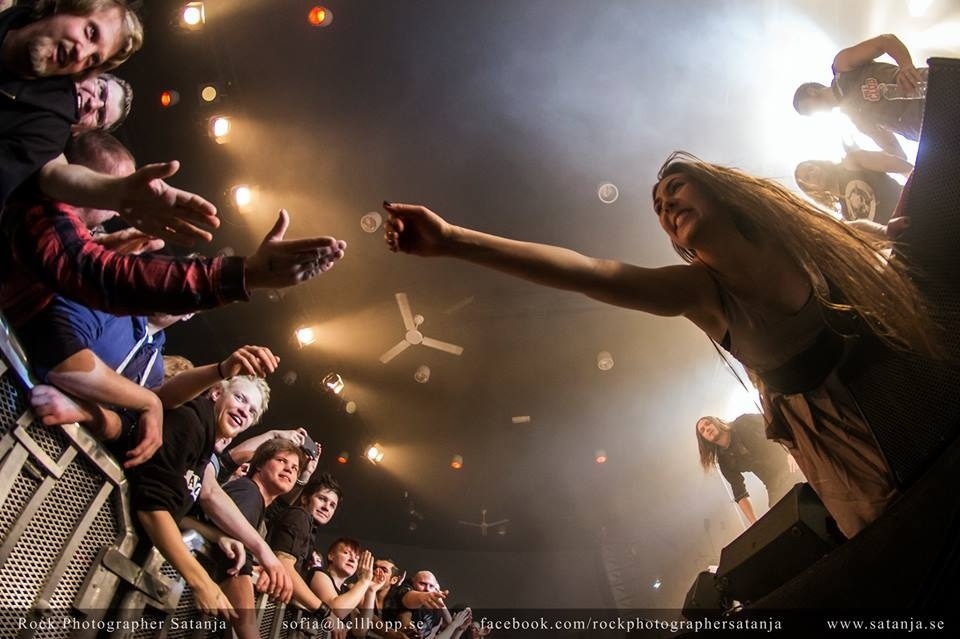 Jaja, just me being in heaven for a while at “Melodifestivalens” after party this weekend. To the left we have the International superstar fashion stylist Jonas Hallberg. And to the right Top fashion designer Lars Wallin. Just check this

out and you’ll understand why I love them! 😉 http://www.larswallin.com http://instagram.com/stylistjonashallberg

I posted this picture on my Instagram the other day, but I just have to say again, wao what a feeling! To see the first flowers coming up really means that it is Spring time!! =) I love Spring and Summer! Today I’m packing my bags, tomorrow the long tour starts for me, five weeks away from home. I can tell it’s chaos, but to think about the little flower and see the sun shining through my window brings me a sense of calm and hope. It also made me aware of that it will be even warmer in some of the countries we around Europe we

are going to, so I need to pack light clothing’s. I’m excited. 🙂

I am sitting in the sofa and drinking my morning coffee, this is the kind of things I won’t be able to do for a month on the tour. Small things that makes life “different” on the road. I’m loading my batteries by taking it as easy as possible before I’m off to Europe! See you soon.

The 8:th of mars 2014 Bandit Rock Awards brought me one of my finest and most special moments in life. Amaranthe was nominated in three categories, best album, best artist of the year and best live-act. That it self made us very grateful and happy. Also that we got the honor to open the Award by playing three songs was huge fun. Ghost and In flames beat us. I was sitting backstage and eating chips, then when the award was almost over, I went to say hello to a couple of friends, but I got told to stay in the backstage. I had no idea what was going on, but I thought aha, maybe this has something to do with the International woman’s day, and maybe they want all the women to go up on stage together… 😀 Coming closer to the stage I could hear that there was still prices left to be hand out, and I could hear them reading a motivation for the next winner, I couldn’t hear it all, but I did hear “work with Takida, Renegade Five, Kamelot and Amarnathe. Bandit Rock & Role Model of the year goes to”… And then they called MY name! I got chocked, touched and extremely happy. I can’t describe how grateful I am to receive this kind of award! Its the best price I ever won. It has always been important for me to have a role model, and trying to be one myself. Especially as one of very few women in this genre I’ve seen it as even more important. All I ever wanted and still do is to make a small change in peoples lives. As well as in my own. This price goes therefore straight into my heart, to know that people have seen me and appreciates what I do just can’t make me any happier. Thank you Bandit for showing appreciation in this most amazing way. I’m still a bit red on my cheeks. I will shelter and try to defend this titel for as long as I live. <3

Today I been working in the office again all day. I actually woke up at 1, since I didn’t go to bed until 6 in the morning yesterday. I was writing some music, and for some reason I always get more creative during the night. My love came back from a game in Gothenburg at 6, and then we went to Rättvik and had a very nice dinner at “Görgen på

Höjden”. This restaurant is one of my favorites. They only serve food produced in Dalarna (local food). When we got back home we looked at a docomentary movie called “Blackfish”. Amazing, but also very sad, but very important, see It if you haven’t. Its about how Sea world treats their orcas, it’s terrible. I do not like Circuses, I do not like Sea world or similar places like Sea world, it’s awful that human uses animals to earn money. Time to hit the bed. Bandit Rock Awards tomorrow and the train leaves at 9.15 towards Stockholm. Good Night!

It might seem like I have a couple of days of, but that is not true. Right now I’m in the studio recording vocals on “Docker’s Guild”, one of the very exiting projects I got the honor to participate in this year. 🙂 Read more about Docker’s Guild at http://www.dockersguild.com or visit their Facebook page https://www.facebook.com/dockersguild

6 years ago I met the love of my life. The story is not complicated or dramatic in any way. I saw this guy and I fell in love immediately. He’s been supporting me and my journey as a touring artist from day one. I am grateful. Soon I’m leaving for another month on the road.

And the European Tour has officially started! We, Amaranthe, visited Helsinki and Lahti this weekend. Both gigs felt amazing, and now I am not talking about my own stake but the audiences. It amazes me every time to see how the audience grow, and it makes me so happy since that must be a sign that what we do must be something good. I love the songs I been creating together with the boys in Gothenburg, and to see other people sing along to

them is just by it self amazing. Thank you also RADIO ROCK for putting The Nexus back on your track list, Laura you Rock! 😉 I really looking forward to come back to our second home, Finland. Love you sweet people! Oh, also I have to add that I used my new in Ears for the first time, Ultimate Ears UE7. Sounded amazing. Easily worth 1200 Euros.

Im leaving, first train to Stockholm, then the boat. So we will arrive tomorrow morning. Im looking forward to it! 🙂 See you soon!