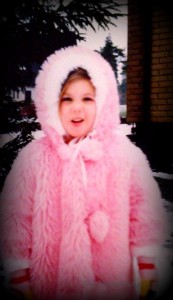 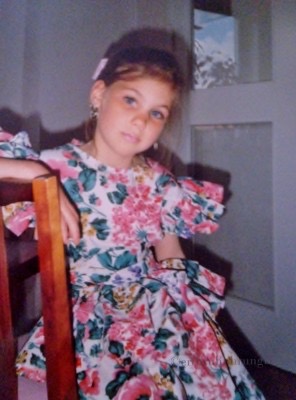 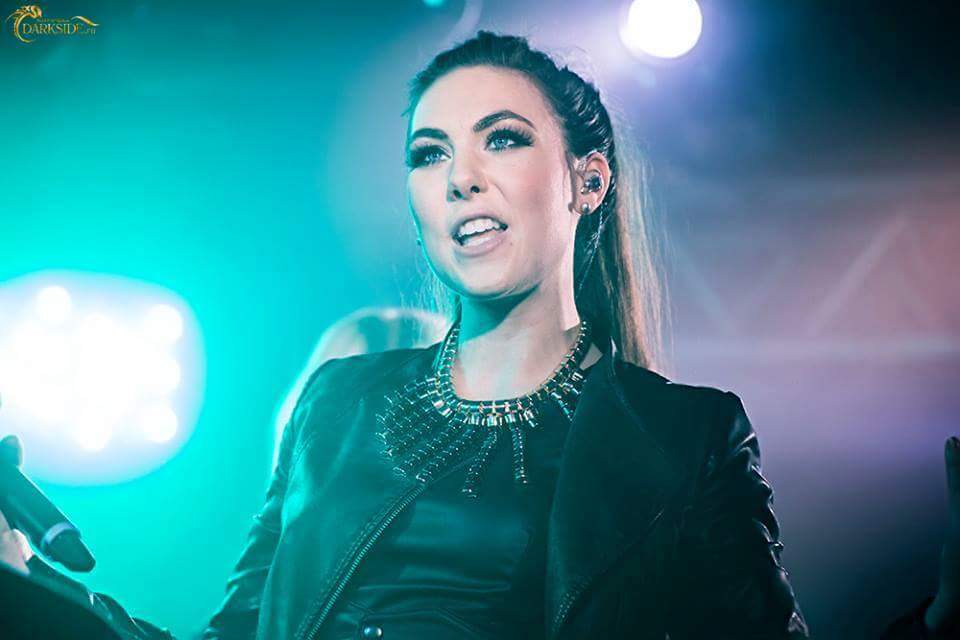 Elize Ryd is a Swedish songwriter, artist and entrepreneur. She has been active as a multi-talented performer since 2004. She is mostly known for  being the female face, and forming member, of Amaranthe.

Elize’s voice can be heard on many albums, early in her career she collaburated with Dragonland, Falconer, Takida, Gus G, Dreamstate, Smash Into Pieces and Timo Tolkki. She has also participated in the Swedish Melodifestivalen in 2015 with her song “One By One” that she wrote inspired by her brother who passed away in his 30’s. She performed live on Tv with Swedens most respected HBTQ-debater and Opera singer –  Rickard Söderberg. 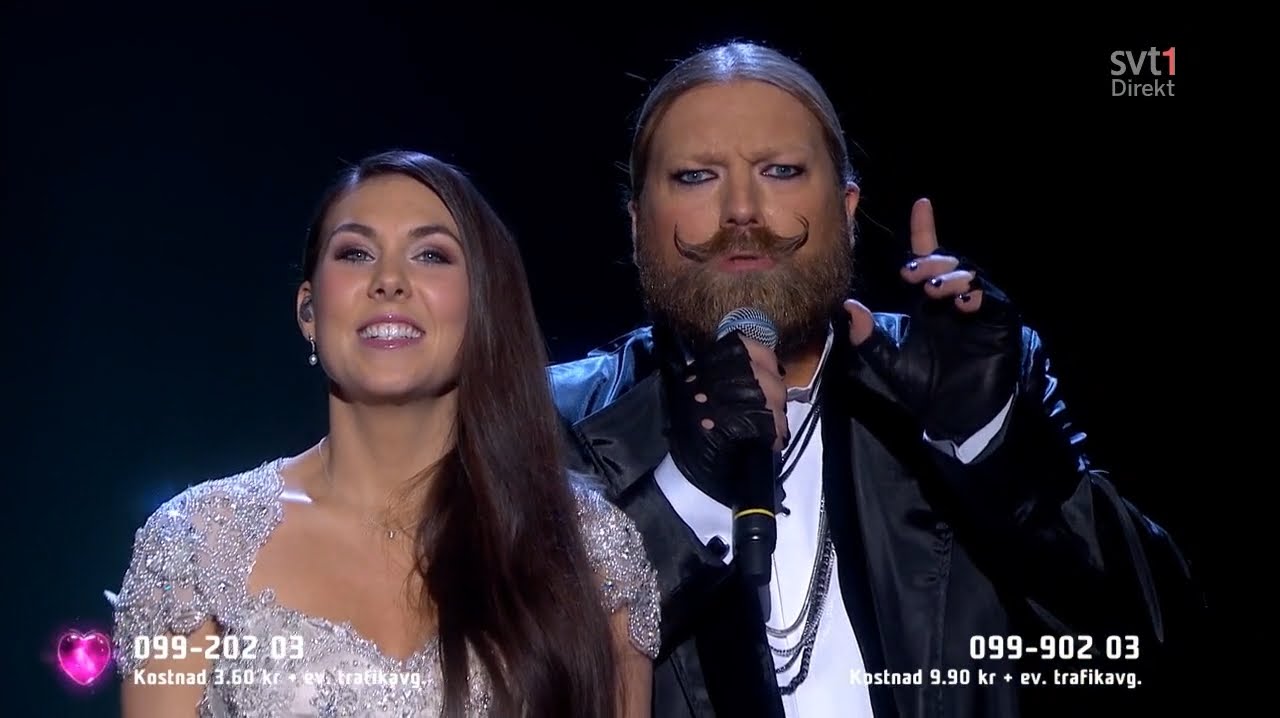 Elize was born into a family of musicians. She grew up with her Mother, Sister and Brother in Värnamo and Klevshult. Elize started to sing at a very young age, she performed in public for the first time when she was 4 years old. From the beginning it was obvious that she had a unique talent, during her childhood she was influenced by everything from Walt Disney to Heavy Metal. 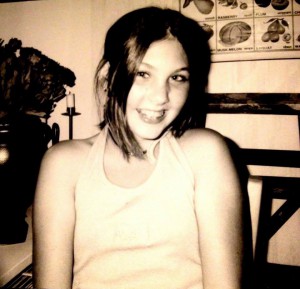 At the age of 13 she attended and won a talent show in Gothenburg as the youngest participant. The first price was a record deal, but since she hadn’t turned 15 yet she couldn’t receive the prize. But she got a scholarship for the most promising singer and a spot in a Musical called “Brödupploppet”, that was played 76 times at Exercishuset in Gothenburg. She then received another scholarship award in 2003 when she graduated from High School (a preliminary education for musical artists). 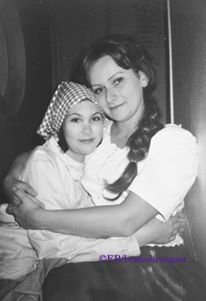 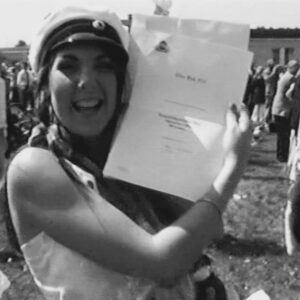 In 2007 Elize graduated from Performing Arts School in Gothenburg. She got the role as “Charity” in the musical Sweet Charity at Lorensbergsteatern as thesis.

After that she got a  job as a performing artist in the high-class Cabaret Lorensberg on Park Lane, Gothenburg. She worked there for 2 years and performed in 300 shows. 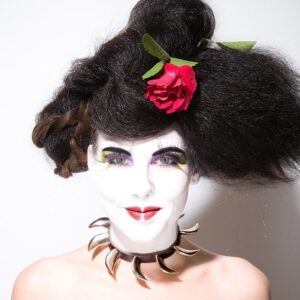 At the age of 16 Elize started to work extra as a backup singer in a recording studio outside of Gothenburg. She also sang in a girls group called Trinity at the Volvo Trucks Event and worked 3 years with On Stage (2009-2011) where she sang and danced behind Swedish and International artists at arenas around Sweden.

In 2003 she put her vocals on Falconers third and fourth album. Shortly after she sung the duet Fade Away on Dreamland’s debut album Future is Calling.

In 2006 Elize met Olof Morck and his band Dragonland,  he asked her to put her voice on Cassiopeia on his upcoming album called Astronomy. After that they became very close friends. 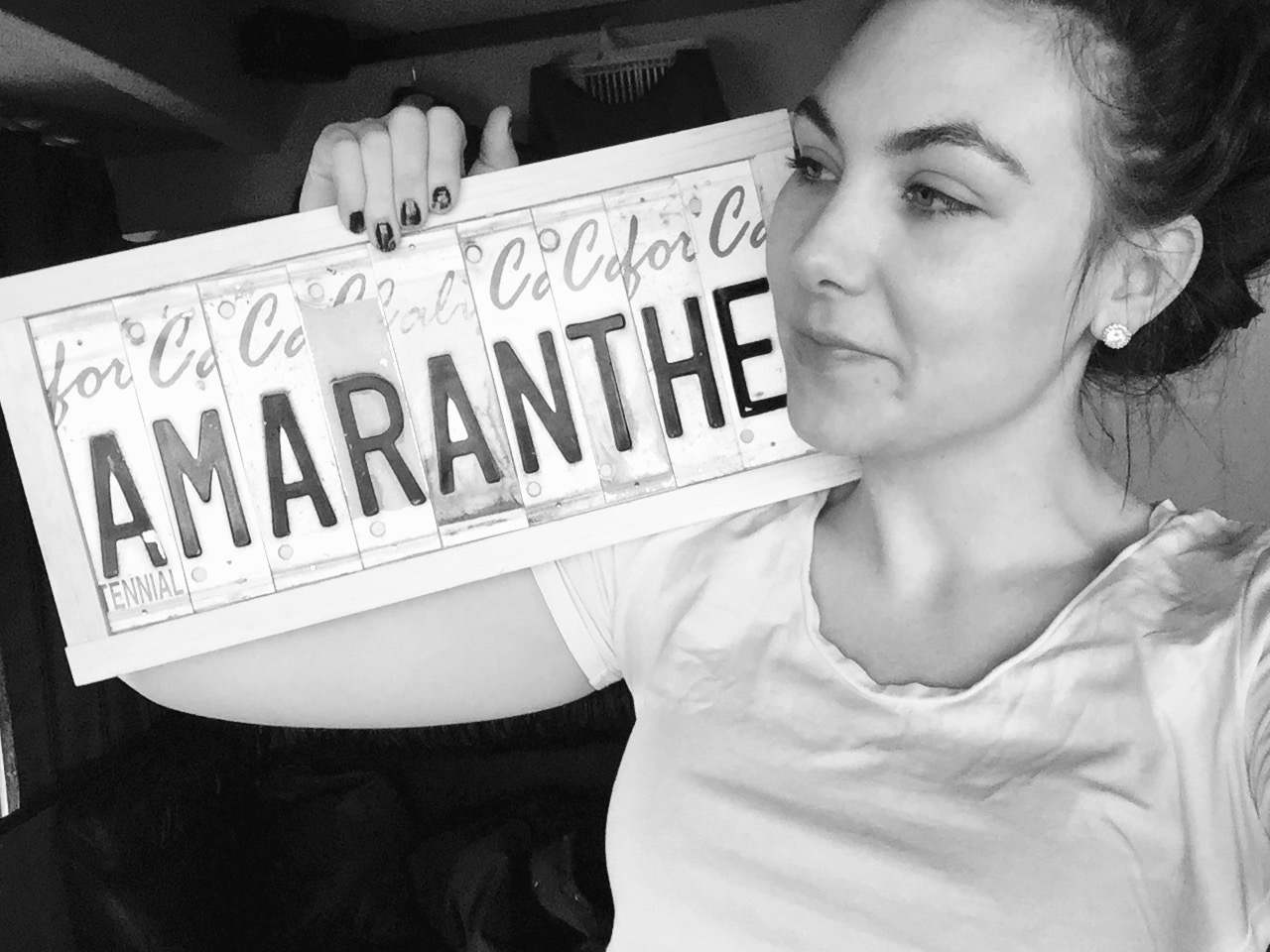 In 2007 Elize and Olof Mörck decided to start a band together. After several collaborations, and an audition for Nightwish, they made it happen. Olof posted their first demos on MySpace where they called themselves Avalanche. The Odd Destiny´s Child´s inspired metal spread it’s brand fast!

Elize have never called herself a “former of the band”, up until in 2018 when she trademarked the name “Amaranthe” worldwide. She’s the original face of the band but also one of the most important songwriters together with Olof Mörck. Together or separately they created the bands most popular tunes; The Nexus, Hunger, Amaranthine, One Million Lightyears, Automatic, Drop Dead Cynical and much more. Elize made a huge impact on creating and presenting a new “Genre” in Metal Music.

Amaranthe’s debut album, was released in April 2011. Swedish newspapers praised them as a band able to conquer the world. Their unique and new sound, where Elize’s voice stands out for it’s R&B inspired energy and purity as a contrast to the hard riffs played by Olof  was soon acclaimed worldwide. The album Amaranthe was the 84th most played album on Spotify in the whole world in all genres. Elize along with the band received two gold records for the singles Hunger (2012) and Amaranthine (2013). Amaranthe also won the prize of  Breakthrough of the year in 2012 at Bandit Rock Awards. In 2013 they released their second album called The Nexus, and in 2014 Elize won Rock and Role Model at the Bandit Rock Awards, on the 15th October 2014, on Elize’s birthday, Amaranthe released their third album Massive Addictive. 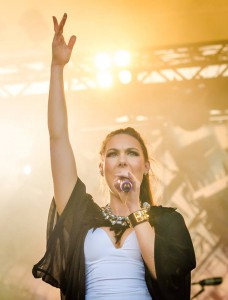 Elize has worked since 2010 as a touring vocalist for Kamelot. In 2012 she appeared on their album Silverthorn together with Alissa White Gluz on the song  Sacrimony (Angel of Afterlife), she also appeared on the tracks Veritas and Falling like the Fahrenheit.

Elize is the main character in Timo Tolkki’s metal opera Avalon. Other parts on this project are sung by Sharon Den Adel from Within Temptation, Russell Allen from Symphony X and Simone Simons of Epica. Elize and Timo recorded a music video for the song Enshrined in my Memory in 2013, directed by Patric Ulleaus. 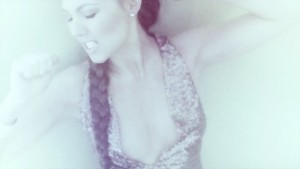 In 2013 she sung Julen Är Här together with Tony Kakko from Sonata Artica on Raskasta Joulua’s album released by Spinefarm Records. The album sold Platinum in Finland after just a few weeks. On the second album Elize sings Ave Maria together with Marco Hietala from Nightwish. They made a stunning performance live in Finland’s biggest Tv channel YLE TV 1. 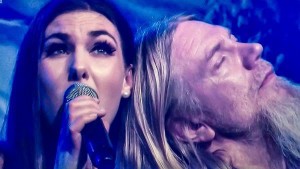 On the same album she also performs a cover of  Himlen i min Famn. The album sold double platinum in Finland, Elize also performed on the third album called Ragnarock Juletide which includes all songs from Raskasta Joulua album 1, but sung in English and the biggest show was performed at Hartwall Arena, Helsinki – the biggest arena in Finland. 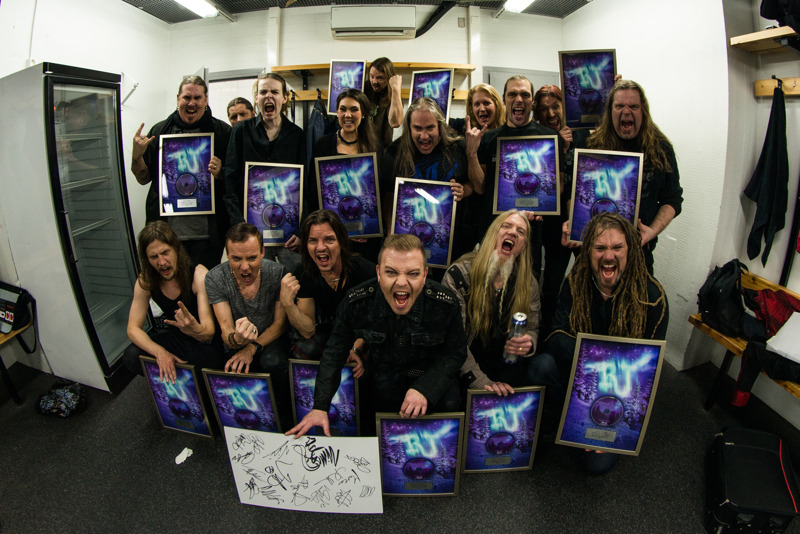 In February 2014 Elize made her debut in Swedish television as one of the competitors in the popular Tv show Så Ska Det Låta on SVT1.

Elize performed in Melodifestivalen 2015 together with Rickard Söderberg. Elize wrote the song One By One together with Jimmy Jansson, Sharon Vaughn and Karl-Ola Kjellholm.

In 2015 Elize became the face of Proactiv+ skincare program on Swedish Television SVT3 and SVT6. 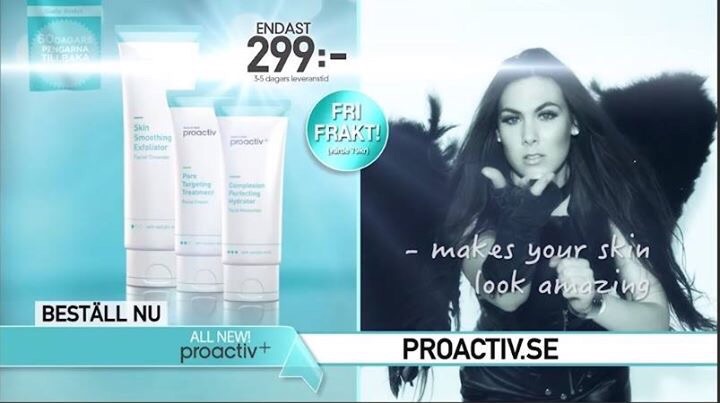 In October 2016, Amaranthe released their fourth studio album Maximalism . This took the band on tours around  North America, Asia and Europe.

2017 continued with Elize and Amaranthe touring Europe and also make their first show in Brasil and also appear in Argentina with Delain and Tarja.

2018 started with a song Elize and Jonas Thander composed called Delirium, which was performed by Isabell Otrebus and entered into the final top 10 to compete to represent Poland in the Eurovision Song Contest.

Elize, the same as previous years will also join the tour of  Raskasta Joulua in December for a selection of shows in Finland.

2019 was an exciting year with the Helix world headlining tour starting after touring alongside Powerwolf in Europe. The end of the year will see Elize tour with Raskasta Joulua.

On the 16th October 2019, Elize together with Amaranthe signs with Nuclear Blast Worldwide.

2020 has seen Amaranthe tour Europe with Sabaton and complete recordings for their 6th album titled Manifest, due for release on 28th August. Elize has also made various guest vocal appearances including ones with Beyond the Black and Roy Khan’s Conception. – The future now looks brighter than ever. 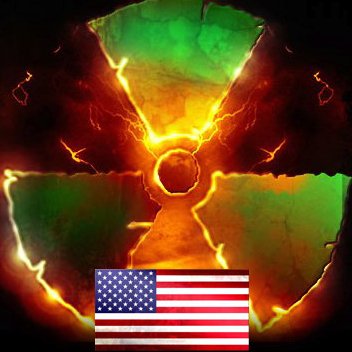